Finally got round to finishing off my bow saw that I've been making. Having done little bits to it over the past month or so decided to finish the entire thing in a day, plus having some new spokeshaves was time to test them out aswell.

After having the two side pieces cut out I marked up the tenons the drilled them out. I got a length of hazel and cut the joints in them and carved the to fit with a knife. Then mocked it up all together with some modern screws to see how it fitted and make adjustments accordingly. the overall fit was good and was able to test it out on a piece of hazel. 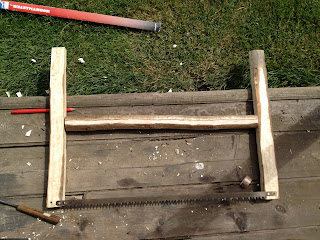 After the test I took the saw apart and used my spokeshave to round off the side pieces so the were nicer to handle and more pleasing to the eye. To do this I tried a similar technique as the pullstroke in spoon carving. Placing the side piece on my sternum and on my leg I was able to use the spokeshave without a vice which was nice. Also was nice to sit outside in the nice weather carving :-) 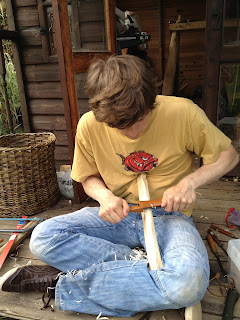 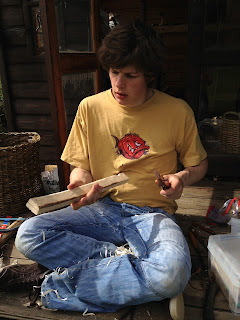 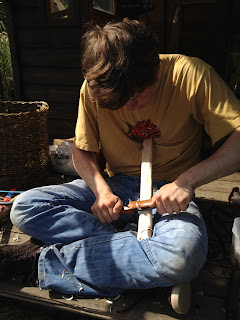 after doing the side pieces i did a bit of work on the middle piece and then reassembled the saw using some twine in stead of linen and if worked a treat. the final bowsaw. Gonna be awesome to use it at medieval shows in the future, plus the whole thing only cost me £2.50 aswell. Bargain, Beautiful and it works. 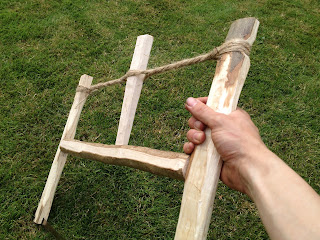 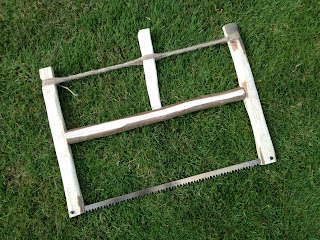