Last week I attended a bowl carving course with robin wood, and I have to say that was an eye opener to the skills needed to carve bowls.

I turned up on the wednesday and pitched my tent and spent first couple hours sharpening my axe since I had a couple hours to kill. We started by selecting and splitting some willow into sizeable pieces for the bowl mate and removing the bark so we could draw the design. 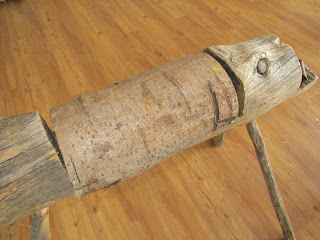 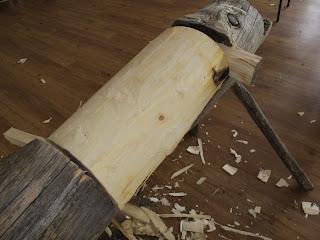 The first tool we had to use was an adze which was to carve out the inside of the bowl and was actually a lot easier to use than I thought. first came the big roughing cuts to remove as much mass as quickly as possible and then came the more gentle smoothing cuts. After getting to grips with the adze the results showed 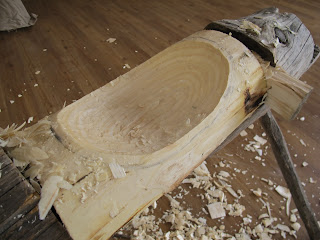 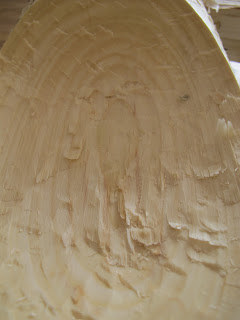 After the the adze came the the gouges and hook tools to smooth off all the cuts and make it nice. 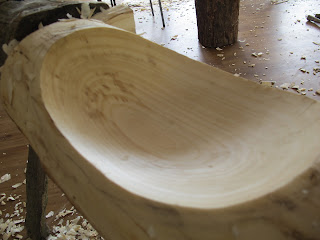 Then came the axe to remove the waste wood to give shape to the ends. 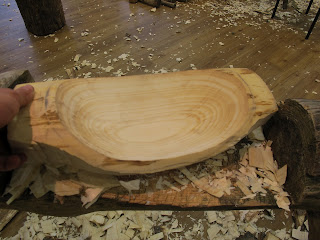 and finally finishing of the outside with a push knife and a spokeshave to give its final shape. The push knife was a fun tool, like a drawknife but the opposite.  The finished bowl is at the bottom. 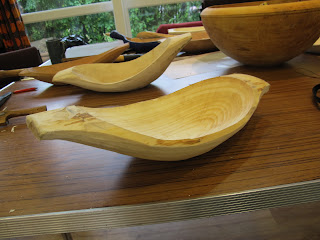 hoping to make a few more some time soon :-)

Last night I finished off the wooden blank for the wax tablet and decided to make the wax for it. Luckily there are lots of articles online about how to do this. Most just suggest using charcoal or lamp black to make the wax black, so I ground up some charcoal into powder because it was ready available. 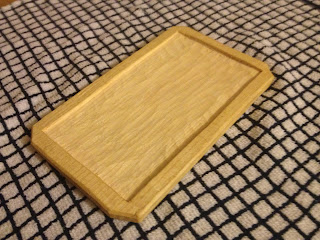 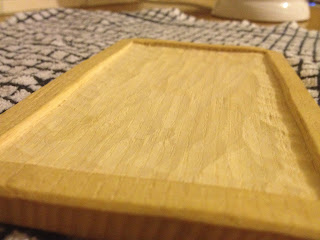 After chopping up the beeswax I placed it in a home made double boiler and mixed in some of the charcoal powder. 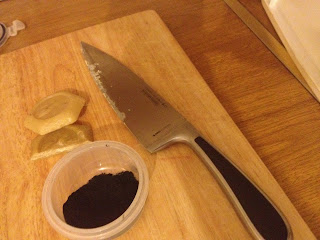 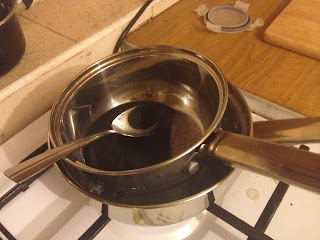 It felt almost like some form of alchemy waiting for the black colour to show. After a couple of tests, this was the result (compared to the original colour). 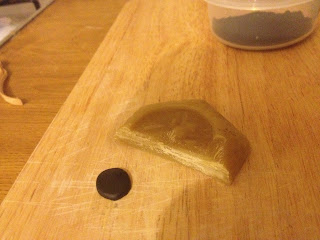 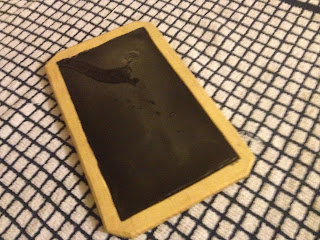 Its not as perfect as I would like it but its very good first attempt I feel. Plus I have have learnt lots of things for the future when I make an entire set of them.
Posted by Rob. N at 03:22 3 comments:

Having made a couple spoons at re-enactment events I have decided to try my hand at a few different wood carved projects to test my skills a little. Not that I'm getting tired of spoons, just that I would like to try something I haven't made before.

The events at tamworth castle and bolsover castle have highlighted the fact that I do not have an authentic bow to saw up wood and spoon blanks. Instead I have been using a bacho laplander folding saw which is less than authentic and is a pain to keep hiding all the time. So I have decided to build a bow saw myself. So far I only have the two side frames of the saw. 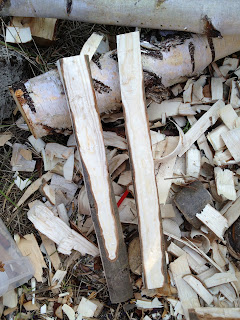 Also while at my event at bolsover castle I found some lovely straight grained ash in the fire wood pile. Not being one to waste good wood I split a piece into planks and one of the planks I made into a wax tablet. This was just for a bit of fun and it turned to be very interesting subject to research. Having had a look online there are some wax tablets that survive in Poland (see second image) which are like books in that they have a front cover and back cover and the tablets in-between have both side with wax on them. 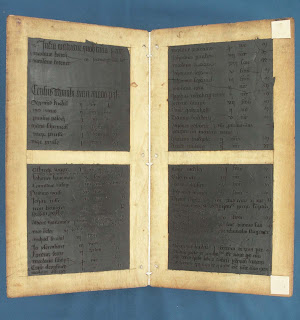 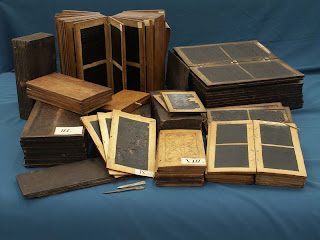 The tablets have the town archives of Torun written on them, and looking at how many survive there must have been many more to accompany them. Imagine making those tablets constantly. Fingers crossed I get some time to attempt a few more in the future.

the final project i have been working on has been turning a ball on my pole lathe. the ball is going to be used for games of bandy ball at re-enactment events with the Savilles re-enactment group. I have to say trying to turn the perfect sphere on my pole lathe for the first time is not easy. you look at it and think one side is too lumpy, there too short, or even to pointed so you are forever trying to perfect it. but here are some of the photos through the stages of production. 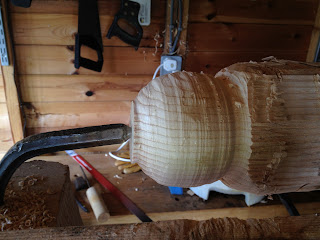 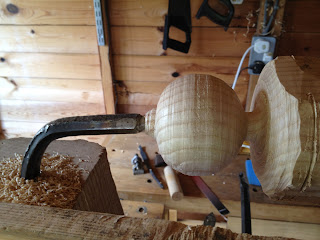 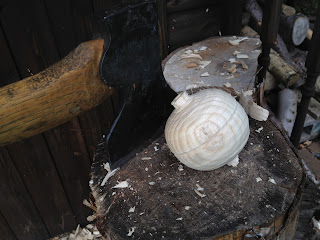 Overall I think it will work and even though its not perfect it won't matter if its being hit with bandy ball sticks. I hope they like it.
Posted by Rob. N at 15:36 No comments: